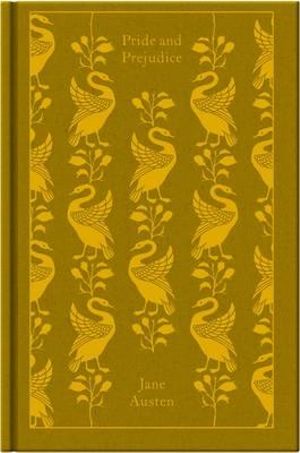 The Bennet family is derived of five daughters, the home will pass to a male cousin as this is set in the late 1700s or early 1800s. The daughters need to be put into good marriages as they might not have somewhere to go once their father, Mr. Bennet, passes away. Jane is the eldest daughter and the most beautiful in the eyes of society, then there is Elizabeth or “Lizzy” Bennet she is very witty and intelligent, Mary who is tucked away in her studies, and then the  two younger and wilder daughters, Catherine “Kitty” and Lydia Bennet.

One day in the small, sleepy village of Meryton, a big to do happens when an old estate is purchased by a young bachelor from London. This obviously widens Mrs. Bennet’s eyes as she is trying to get her daughters into good and respectable marriages.

The man who moves into Netherfield Park is Mr. Bingley. He brings a big entourage from London with him, including his best friend and then his sisters. A ball is hosted to celebrate their arrival and Mr. Bingley dances with Jane not once but twice.  Mrs. Bennet is thrilled. Therefore the relationship between Jane Bennet and Mr. Bingley begins. At the party there is Mr. Mystery or otherwise known as Mr. Darcy. He refuses to dance with any of the women from the Meryton area, even saying that he does not wish to dance with Miss. Elizabeth Bennet. All of the locals find him prideful and that he thinks himself to high mighty to converse with commoners. He gets a bad name in the village and surrounding areas.

The story is a slow burn romance starting at that ball and going through months of denying having feelings for each other over ranks in society, and in fact over pride and prejudice against Mr. Darcy and Miss. Bennet.

This is very much a character driven novel! I really enjoyed the character of Elizabeth Bennet. I felt as though she had more of a head on her shoulders than the other women in her family. As stated before she has wit and intellect to her, she does not see herself as one just to settle down and be any man’s wife, she refused two proposals in this book! I think she was very ahead of her time.

Mr. Darcy, a literary favorite of many. This man is loved by so many people, and I am certainly glad that he did not let me down. I think he was very similar to Elizabeth he had wit and was intelligent. He was not just the good looking man with money like his friend, Mr. Bingley. Darcy was a very complex character that we got to unravel throughout the novel. I think he is the reason for the “bad boy” trope that we see in many romance novels in modern day.

Characters got a five out of five for me. There were some characters like Mrs. Bennet and Lady Catherine that I did not like but I believe they were written that way.

The atmosphere did not impress me too much. It was average, just a small little English town that soldiers would sometimes get stationed in and people would come to live in, in the winter or summer. The writing could have saved this but I was not too impressed with Austen’s writing either, very average and dull. Both atmosphere and writing got a three out of five.

The plot was going smoothly for the first fifty percent, but when I picked it up for the last twenty chapters it just seemed to drag. I felt like Austen was throwing in some drama, with Lydia, that did not necessarily need to be there and I felt like it had no real impact on the story. Remember, this is a character driven novel and I felt as though that made up for when the plot was lacking at times. The plot got a three out of five.

Going into Pride and Prejudice by Jane Austen, I did not think I would like it. This classic is very hyped, and a favorite of many. If you follow me on Goodreads, you know that I have had a hard time with romances in the past and this is one of the most iconic romance books of all time. I was scared. I did however very much enjoy it. I love a nice slow burn love story and then the two love interests being a bit feisty is always good! I can totally see so many tropes that came to be inspired from this book. I think this is a very influential book and inspired many. I cannot wait to read more from Jane Austen.

Overall this was a 3.75 out of five star review.

View all posts by izzyrain